If you are wondering what is the difference between K8s and K9s then it's not a big deal. Its not that someone has added another letter or another node to Kubernetes. Here is K9s vs K8s difference explained:

K8s is just an abbreviation of Kubernetes. It's simply counting the 8 letters between k and s of word Kubernetes.

K9s is is a terminal-based user interface which makes it easier to manage K8s.

That's all there is to it.

K9s is simply a Kubernetes CLI To Manage Your Clusters In Style. It's open source as well and its repo is here. 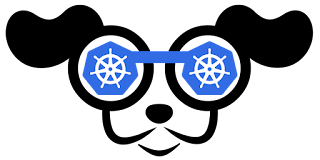 Kubernetes standard definition goes something like this, "Kubernetes is an open-source container orchestration system for automating software deployment, scaling, and management."

And K9s is simply yet another K8s tool. Someone was joking at social media that due to inflation k8s is now k9s. K9s is actually pretty cool though. k9s is straight up one of the best tools to use alongside a cluster.

The installation of K9s is pretty straight forward but make sure that you do the pre-requisites properly. K9s uses 256 colors terminal mode. On `Nix system make sure TERM is set accordingly. In order to issue manifest edit commands make sure your EDITOR env is set. K9s prefers recent kubernetes versions ie 1.16+.

It's All About Passion

The postings on this site are solely my own and don't represent my employer or clients in any way.